Greek mothers as always cannot leave their children no matter how old they are (30 going to 31) and for them they will always be 7 and in need for mothers care. I am sure that all of you have seen the movie “My big fat Greek wedding” so I don’t need to explain anything more.

My mother is more or less the same, even if I am 10+ years in UK she still tries to find an opportunity to send me something that I can eat… Lately after a lot of fights she has settled in sending just Jam’s, lots of them.

Even if still I have to admit I don’t eat much of them in the morning (my brother does) they are really nice and tasty.  I always remember her fighting with my father whether it’s better to melt the fruits to create marmalades or eat them as they are. Anyhow, I have received any possible jam that I could imagine from any possible fruit that exists. Whatever my mom could find…she WILL make marmalade out of it…pack it…and send it to London.

So why not break down the recipe from my mother’s marmalade. I don’t think its anything that most of the people don’t know but it was and still is a basic thing of my Menu…

As i found out, one really important ingredient in the process is of making a really good jam is pectin sugar. That ingredient is essentially what holds all of the fruit juices together.

Pectin is a naturally occurring substance (a polyscaccaride) found in many fruits.  When heated together with sugar, it causes a thickening which is exactly what we want in this case. Obviously, this is not the traditional way that our grandmothers were used to but unless you want to spend some hours  in front of the pot you are better off using that.  Plus it is absolutely natural.

INGREDIENTS FOR HOME MADE MARMELADE

So, you need to take a 1/2 kilo of sugar, add the pictin sugar, mix them .  Add the apples in a pot together with couple of glasses of water so they start to boil.  If they were strawberries, you wouldnt need to add water as they are generally a juice fruit and will release there own.

Boil them for 3-5 minutes …or in general until they start to soften up.

Add the mix of sugar and continue to boil them.  and as they dont have any juice you may need to add 1-2 glasses of water.

Boil them to medium-low heat until the marmalade becomes sticky.

You should from before have ready some glass vases where you would store your jam.  You need to have cleaned them and  put them in the oven in really low heat for 15 -20 minutes to sterilize.

Add the jam in there and keep it refrigerated! 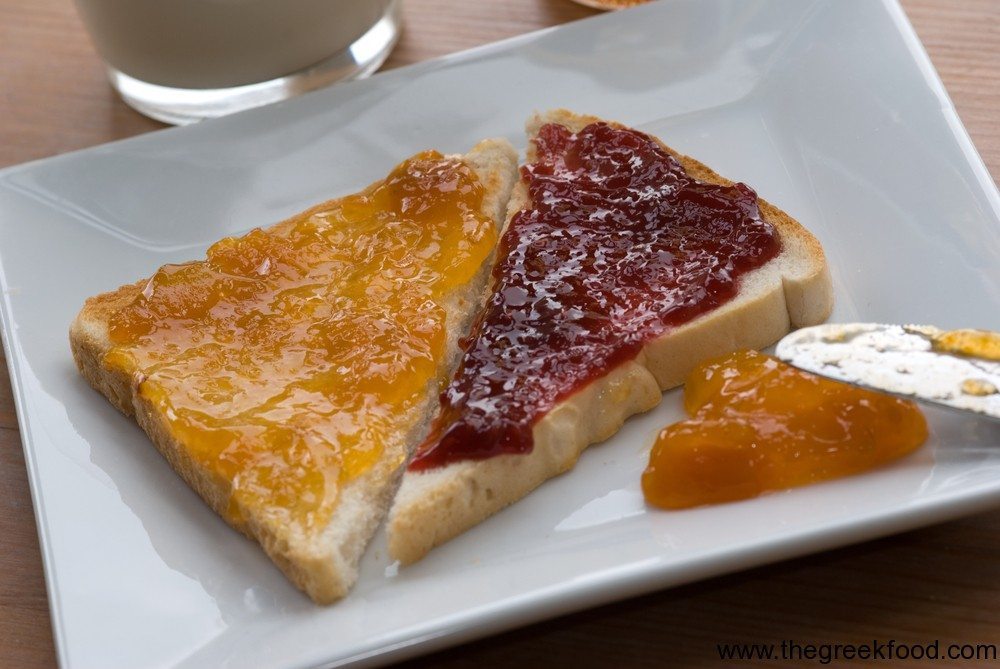