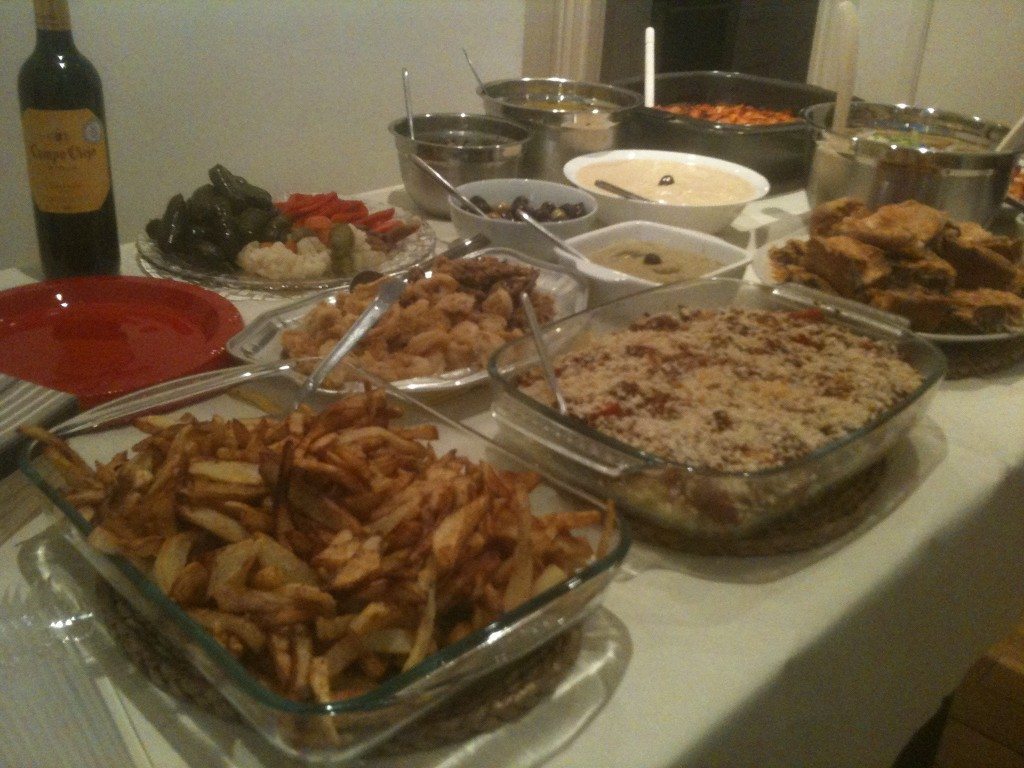 Never thought that i would reach to the point where i would have to update that page after 5 or more years but thats how it is..

Ihave been running this blog for quite some time now and the theme has changed equally but not the style of cooking.

I have been living in the UK for more than 10 years now and for a Greek guy life abroad can be really hard… leaving the comfort of his house and his beloved mother who was cooking everything for him. Despite that i managed to get by eventually.

It’s really hard in the beginning. I remember once I was trying to cook Fajitas when I was in university in Luton, and a German girl came to the kitchen and immediately run away cause she thought that the kitchen will blow up…

Nevertheless, I reached a point now where the guests not only will not die of food poising if they try my meals, but they will ask for more!

Basic inspiration for all is… my mom, who was always on the phone 24/7 whenever I cooked being more anxious about the food than me. Have you seen the movie “My big fat Greek wedding”? Well if you see it you will have a really good idea about Greek mothers. That’s exactly how they are, they shovel to your mouth tons and tons of food and still complain that you are skinny.  Also, I must not forget to mention my brother who was lucky enough to taste all the nice foods that I have tried, and also brave enough to still eat all the disasters that I have cooked without complaining… too much.

So, that’s what this site is, more or less.  A combination of simple Greek recipes – maybe a little bit altered from the original – that anyone can cook without being a master chef. Recipes that I have done in the past and I cooked them in London for me or for my friends.

The basic idea behind all the recipes is that they are all exactly that, an idea. They shouldn’t be followed 100% and doesn’t mean that if you forget something it will alter the whole taste (except if you are cooking chicken with potatoes in the oven and you forget the chicken…). You just need to try and see how it goes.

So just enjoy, recipes from Greece (and elsewhere) made by a Greek and enjoyed by many different nationalities that I had the pleasure to cook for. Feel free to comment or contact me about them. Always love to talk about food.