It was already well known that Food is for most of the Greeks a sacred-unique moment rather than just a simple need. What it wasn’t so well known though is that the time that we Greeks spent for food is more than any other country in the world.

As it can be clearly seen from the graph that OECD published couple of days ago greek women come in the third place after French and Italians in time spent for eating and drinking while Greek men….(drum rolls) win the first place and gold medal! (Mens time is being depicted by the brown spot)

Essentially what that means is that Greeks in general spent a lot of time in the table which doesn’t necessarily means that they eat more. Lunch time (or dinner) is the time they decide to talk with there family and discuss. Food is more a way  to communicate rather just to fill there natural need to consume.

Well, at least that is my interpretation as a Greek! 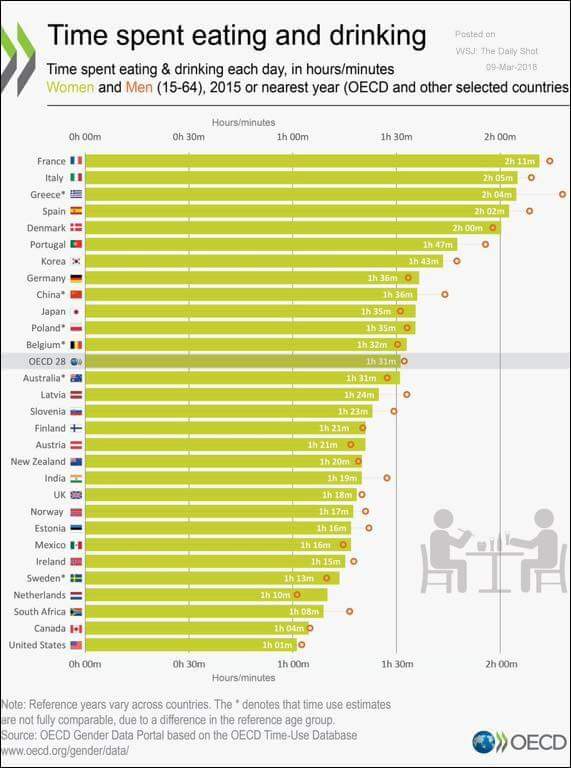 Who is winning the world cup of Food?