The following is by far my favourite Greek Dish. Ok this and souvlakia which you can read here. Well, both ways Gemista is a recipe I really like to cook and one of the most traditional Greek recipes you can find.

It takes a lot of time though and needs some preparation, so don’t start to do it if you really don’t have time.

Nevertheless if you try it once, I am sure you will try it again… Just before we go to the ingredients, a simple note, the size of the peppers and tomatoes must be more or less the same or else its possible some of them not be rightly cooked..

In Greece many people debate whether Gemista should be served with minced meat or without making them a purely Vegetarian food. As if we didn’t had any other reasons to fight… Thats the reason why the recipe is placed in multiple categories on my blog. The only thing that you have to do is prepare the stuffing with the minced meat and the rest is more or less the same.

The truth is that either way its great. It is a great dish especially for the summer when tomatoes and peppers are at their best!

HOW TO COOK GEMISTA

This is typically a summer food that you can have even cold. Hope you enjoy it! 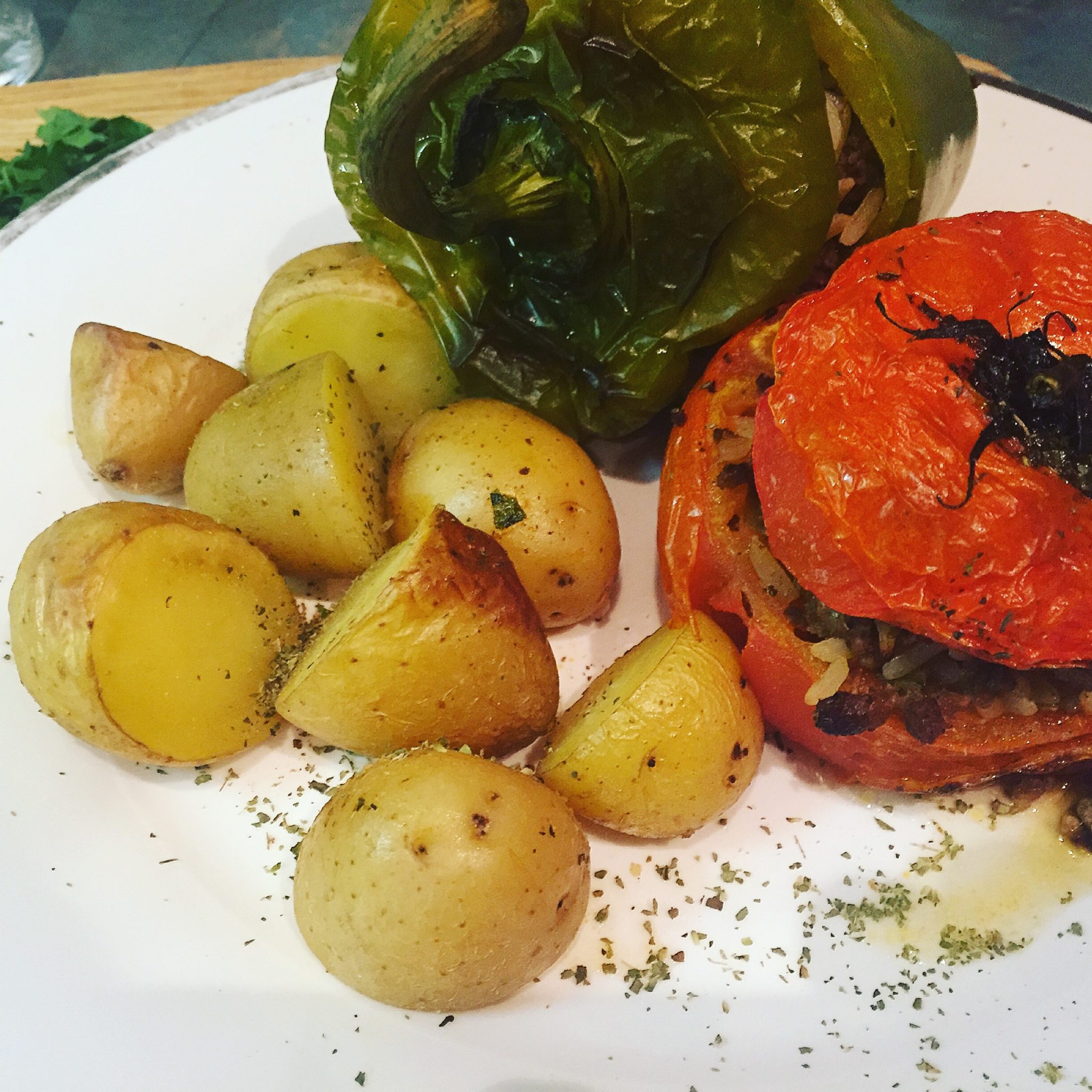