Dilled Peas with Artichokes and potatoes (A la Polita)

The dish is quite difficult to make if you do have to clean the artichokes so not the best to do if you don’t have time. Nevertheless, you can find them cleaned in many supermarket and still can be really healthy.  The recipe is characterised as a “politiki” which essentially means comes from the city (πόλη) which in greece they refer to Konstantinoupoli, or Istanbul as it is called now.

Thats why its commonly called as Artichokes A-la-polita

Greeks leaving there and then moving to the newly Greek country after the war of independence with the Turks, brought this recipe and introduced it to all others. In its first years the recipe didn’t included any peas or potatoes but later on it was enhanced with more vegetables.

INGREDIENTS FOR ARTICHOKES WITH PEAS

So take a big pot and add a bit of olive oil in medium heat. When it becomes hot throw in the fresh spring onions as well as the red onions.  We wait a bit and stir until they become golden

Then we throw the rest of our ingredients. We add the Carrots, artichokes and potatoes,  salt and pepper as well as some water to -just- cover them.  The point is to boil them but not make a soup.  Bring them to a boil and let them for 45 minutes, making sure to add a bit water if is needed.

Afterwards, add the peas and the dill and continue boiling them for another 15 minutes. Pinch the potatoes with a fork to see if they are soft enough. Also check if the artichokes are soft to cut. If they are then its ready!

Serve it right away adding the egg-lemon sauce which you can see how you can prepare it over here.

This is a perfect dish for a Greek salad or Feta cheese. 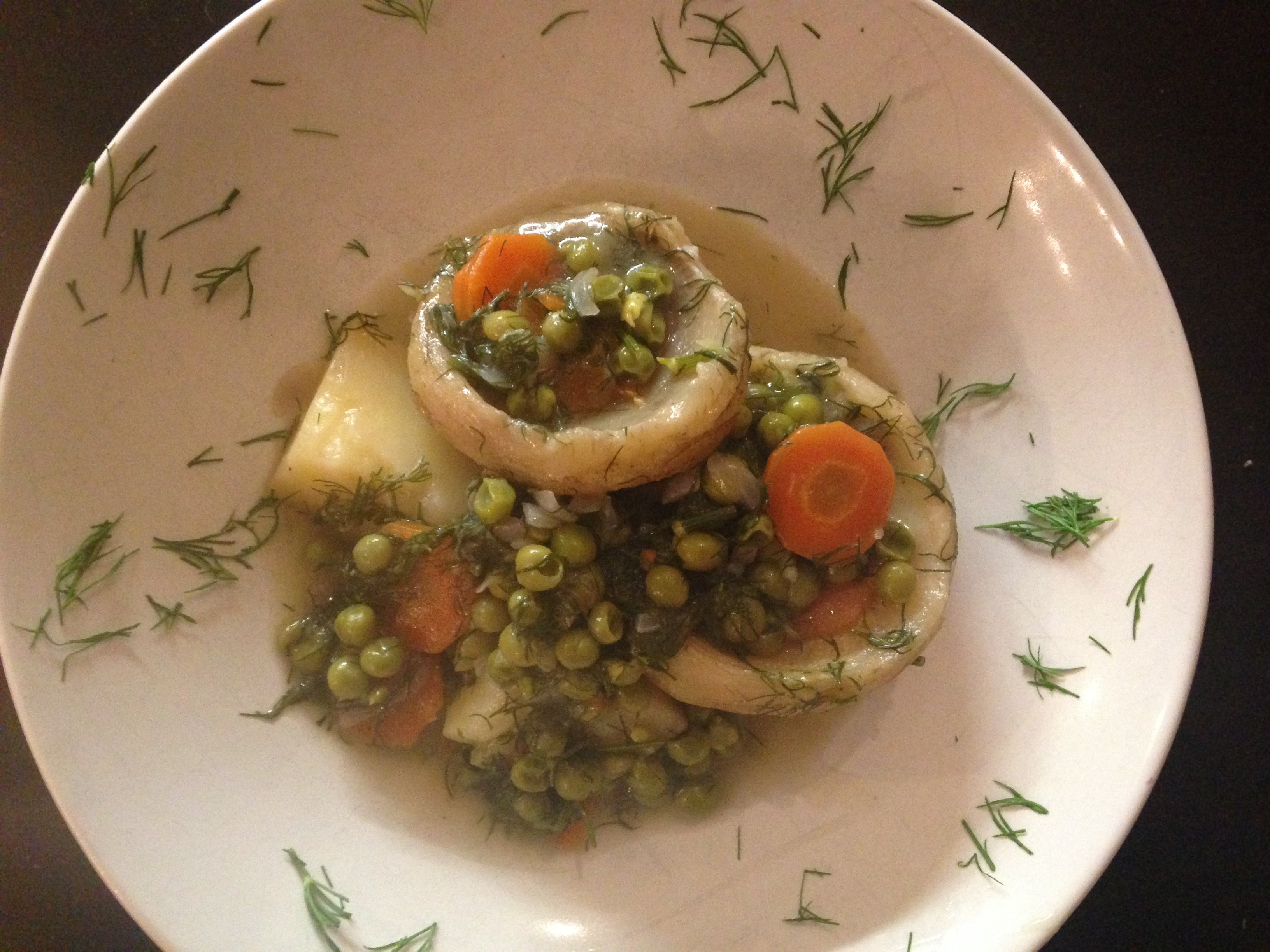