Lentils were one of those foods that I hated when I was young as I found that there was nothing interesting on them. As kids the only things that you really like are meat, …meat…..pasta and meat…

Despite that everything changes when you lose something…and after some years in the uk I realised that I didn’t had Lentils for ages… Lentils are really healthy and really tasty while there are different variations on them.  In Greek its pronounced as Fah-kes and I know that many English can make a lot of jokes regarding the name buuut…we will continue 🙂

As I said, there are a lot of variations about the lentil soup but I am a traditional kind of guy and I still do them the way that my mother was doing them when I was young…and I was never eating them… 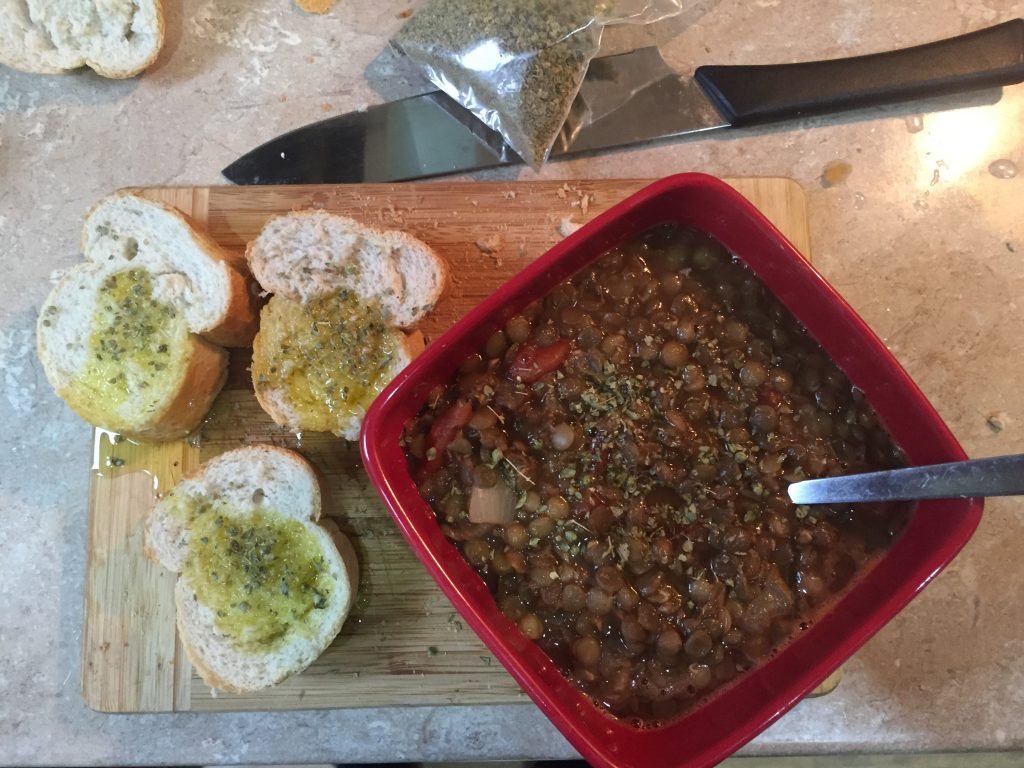 The traditional greek lentil soup. Fakes with a bit of vinegar

HOW TO COOK FAKES

In deep pot, add some olive oil and throw in the garlic and onions. Let them sizzle for 3 minutes making sure that they are not burned at all.

Add water to fill 3/4 of the pot and then add the lentils inside. Put Salt, pepper, the vegetable cube as well as the bay leaves and bring them to boil for 45 minutes.

When the lentils have soften a bit then you can add the can with the tomato juice and continue to boil it for another 30-40 minutes.

Add oregano , and a teaspoon of olive oil in the end so the mixture becomes a bit more thick. Serve together with a bit of vinegar and some feta cheese.