Its difficult to write about the following dish as anyone that has been to Greece or is Greek knows about it. The following bean soup is called “Fasolada” in Greek and it is one of the most famous dishes in country and one of the most healthy ones you can find.

Trying to pronounce it can be a little bit difficult, but then again most of the recipes over here i guess would make you feel the same.

Fasolada -and not mousaka– has been often characterized as the national food of Greece. There are many stories behind that. One of it is that before German occupation of 1941 but obviously afterwards, Greeks didn’t have much money to eat and meat was rare and only for privileged people. So many greeks had Beans as a basic part of there menu.

Nevertheless, Fasolada has its roots also in ancient Greece where there are mentions about it.

In Athens, every year they celebrated god Apollo on the fourth month of the Athenian calendar which most probably would be around …end of September with end of October in our times.  In order to celebrate his presence they were cooking bean soup for him.

Well, when Thiseas according to ancient mythology, went to Crete to kill Minotauro he stopped in the sacred island of Dilos to make a sacrifice (Olive which was considered sacred…) to Apollo in order to help him and come back alive.  However, Thiseas coming back to Athens after killing Minotauro didn’t had anything on his boat to give to Apollo.

Most probably they ate everything…

So Thiseas ordered his crew to gather beans that was left and offer them to Apollo in the temple of Dilos. The result? Athenians and later on other Greeks were always cooking bean soup at that time!Whatever story you choose doesn’t makes a big difference. The main point is that it is one of the most traditional dishes of the country.

The recipe is really simple but it takes a lot of preparation in order to succeed the proper taste.

How do you make the Greek Bean Soup (Fasolada) ?

It is the dish of the Greek culture and tradition. A trademark of the Greek diet which is  extremely nutritious and topical due to its low cost choice.

Like all legumes, it is a very good source of plant protein in our diet. It is not compared to the protein of meat and animal food, but when combined with foods such as rice it is very close to it. It contains significant amounts of insoluble and soluble fiber that contributes to lowering blood cholesterol levels and good functioning of the gastrointestinal tract.

It is also an excellent source of vitamin B1, which is also called thiamine, and plays a role in our better mental function.

Adding vegetables and spices, such as celery, carrot, significantly increases the vitamin content of an antioxidant such as carrot. According to the principles of the Mediterranean diet, legumes such as beans and lentils should be consumed at least once or twice a week. And for those who cook them we advise not to overdo it in the oil and add it to the end of the cooking or even raw after boiling.

Still anot so well-known feature is their high antioxidant content. 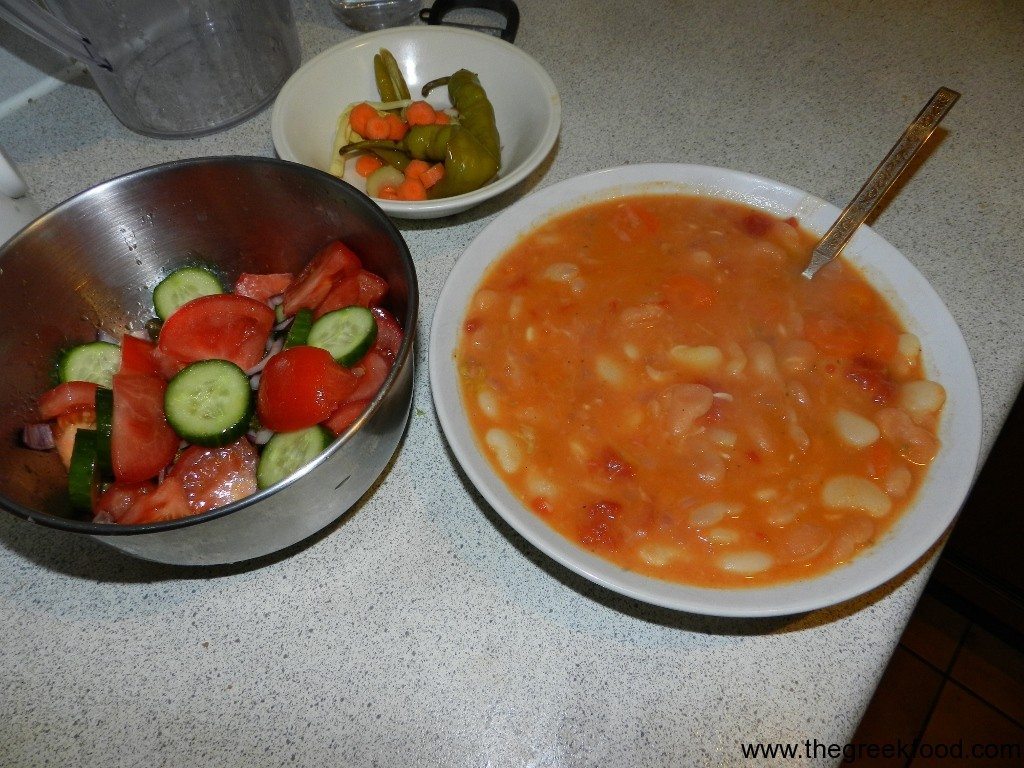