Well, that’s a recipe about the greek way to make a fricassee that i have been taught and tasted since i was young.

Lamb fricassee with avgolemono (traditional egg-lemon sauce) is typical in greek houses and ofcourse one of the favourites when I was back in Greece.  I guess the reason is so nice it’s the combination of the lamb together with lettuce, lemon, dill….well all of them together.

Its another variation of magiritsa soup, as the ingredients are almost identical. Obviously, the word fricassee is not Greek but French.

Fricassee is a specific method of cooking meat which is cut up, sauteed and braised, and served with traditionally a white sauce.

The whole idea comes from France but there are various variations around the world. Well, the following one is the Greek, and the white sauce is the classic Egg lemon sauce. Lamb Fricasse: Thats what we are doing!

In a deep pot add the olive oil and the chopped onions and let them sizzle a bit. Be careful not to get burned though! Add the chopped meat and stir it well until you are sure that it has become brownish from all sides.

Then its time for the greens!

Throw in the chopped lettuces as well as the dill and stir them well so everything gets mixed. As you do that, lettuces will remove their water and start to boil. Add as much as salt and pepper as you would like and then add water until all the ingredients are covered.

Let it boil for a good hour, an hour and a half and make sure that there is juice left when you remove it from the heat. You will need that when you will make the egg lemon sauce.

Add it on top and serve it hot! 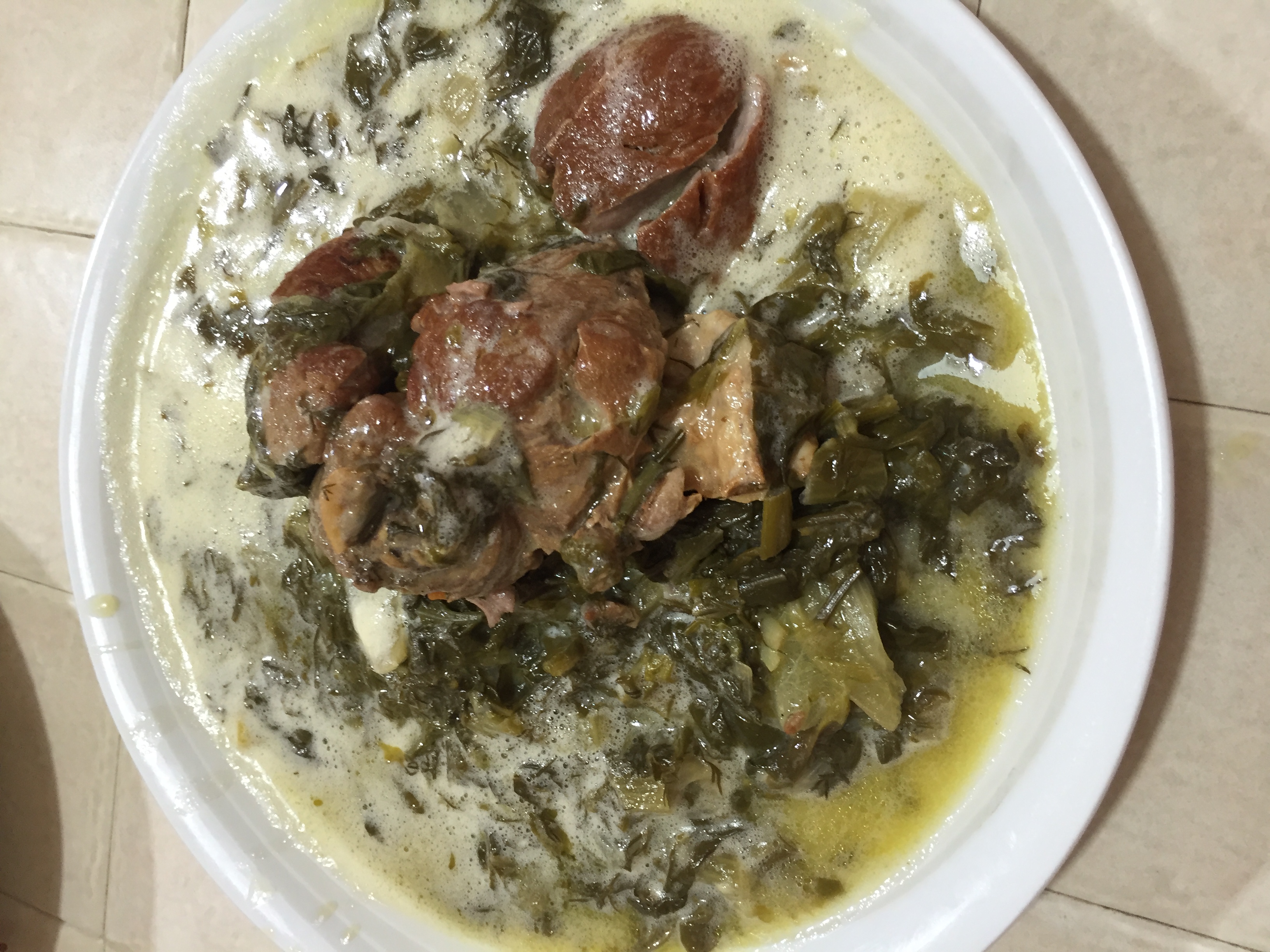