Well, if you are Greek and reading this blog, you will know that the following recipe for kokoretsi is one of the most famous in the country during Easter and something that you dont easily do, unless for a celebration.

Nevertheless, it is something that you can find in some Greek taverns during the year and i think deserves its place in every greek food blog!

Some people prefer it as a starter, some others as a main meal, it doesn’t make a difference to me…it still tastes the same 🙂 In Greece where i was this year for Easter was our main dish along side our lamb. Traditional it is cooked the first day of Easter and after Greeks orthodox, have come from the church the previous day and tried magiritsa, the traditional easter soup.

One of the main reasons you will not find it in any other country of the European union is because the main ingredients are the internal organs of the lamb, heart, liver, lungs and kidneys wrapped in seasoned offals.

As offal’s (in Greek: Sikotaria) are not allowed in the countries of EU (at least in the UK as far as i know) your only chance is to visit Greece , Turkey or some of the Balkan countries. I am not a doctor to judge whether it is safe or not….but my grandfather was eating that almost every year for the past 91 years of his life and i think he had also one again this year, so it cant be so bad!

The basic idea is that you put in a long skewer all the organs one after the other and you cover them with offals.

The offals “protect” them from the heat in a way as the organs inside are cooked on there own liquids. When the offals become brown and cooked then it is ready.

I am not sure in how many countries can you really cook it as finding the ingredients can be really difficult but if you do find the chance to spend some days in Greece or Turkey be sure to try it…. Many people thought it was disgusting in the beginning but many people loved it in the end… 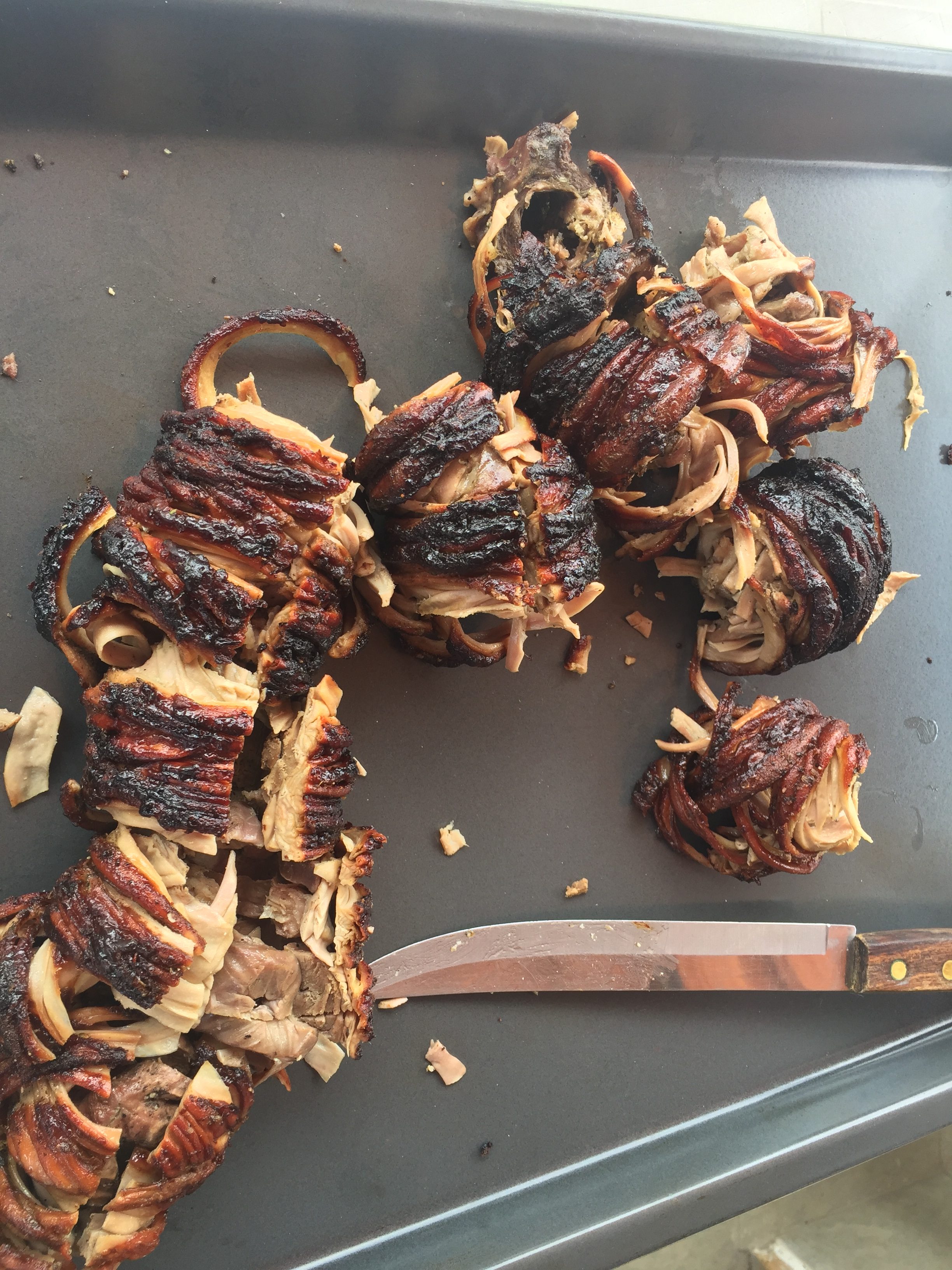