Pie’s is not something that usually associate with the Greek cuisine but rather I would say with the English one. That is rather unfortunate as the Greeks have a lot of love for there traditional pies like the British.  If you travel to Greece there is no way you can miss them and especially the traditional Greek Spinach pie that is cooked everywhere in the country.

If you ask any Greek would tell you more or less the same story. When we were you me and my brother were waiting patiently until my mother removes the baked spinach pie from the oven so we can grab one piece immediately while it was piping hot.

I am not a historian but I can imagine why the Greek Spinach Pie is considered so traditional in Greece. It combines greens (spinach) that  you can find in abundance in Greek country side along with the favorite cheese of the country – Feta!. 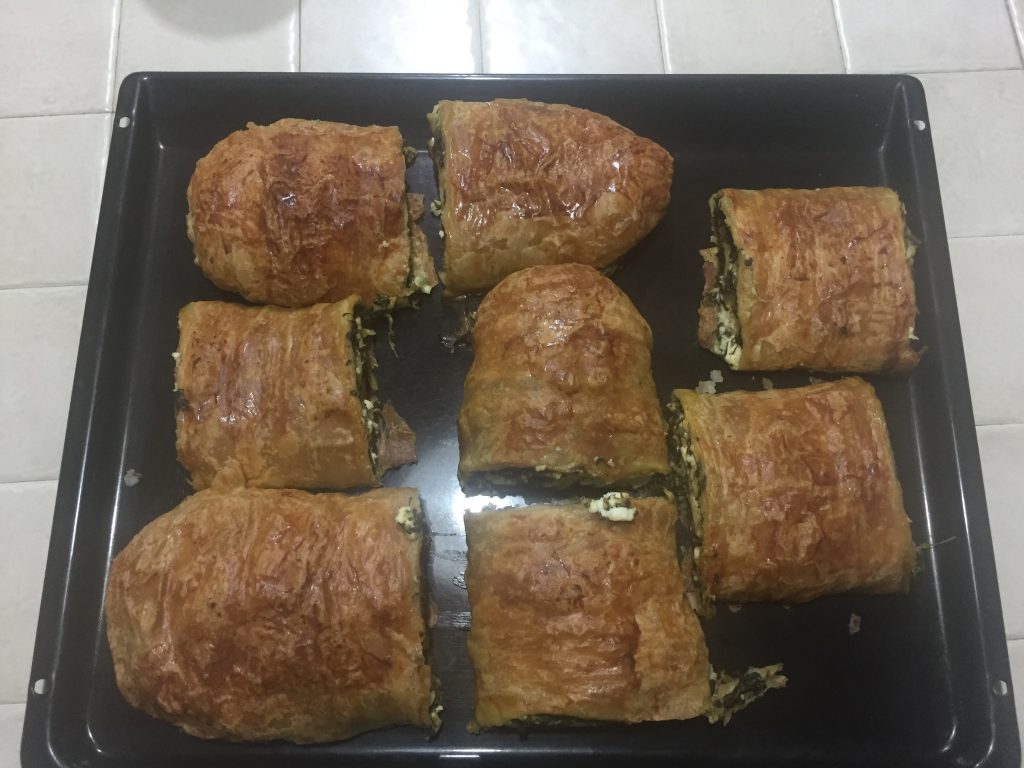 Cut in pieces. Our Spinach Pie is ready

In one deep pan we add some olive oil and the onions and we let them sizzle from all sides without burning them.

We add the washed spinach and let them cook for 10-15 minutes. Don’t worry as the spinach will remove a lot of liquid in the process. Add salt and pepper.

After it has cooked a bit, we add the dill and 3-4 spoons from semolina. We stir well so it can go everywhere.

We remove the pot from the heat and as it is hot we add 1 egg and stir really well so it can go everywhere without cooking it.  Leave the stuffing of our spinach pie on the side so it can relax.

In the meantime we have defrost the pastry in the fridge. Take a deep oven pan and put a layer of baking paper on the bottom.

Add the 1st layer of pastry on the kitchen desk and start putting the stuffing on one side. Then take sides and start rolling it creating a big roll like a cigar. Take it carefully and place it with the side of the roll  that the pastry connects facing down.

Repeat the same procedure with the second layer and place it on your baking pan.

Spread on top of both the rolls some melted butter so it can go everywhere. Then spread either some milk or hit an egg and spread it on both rolls. 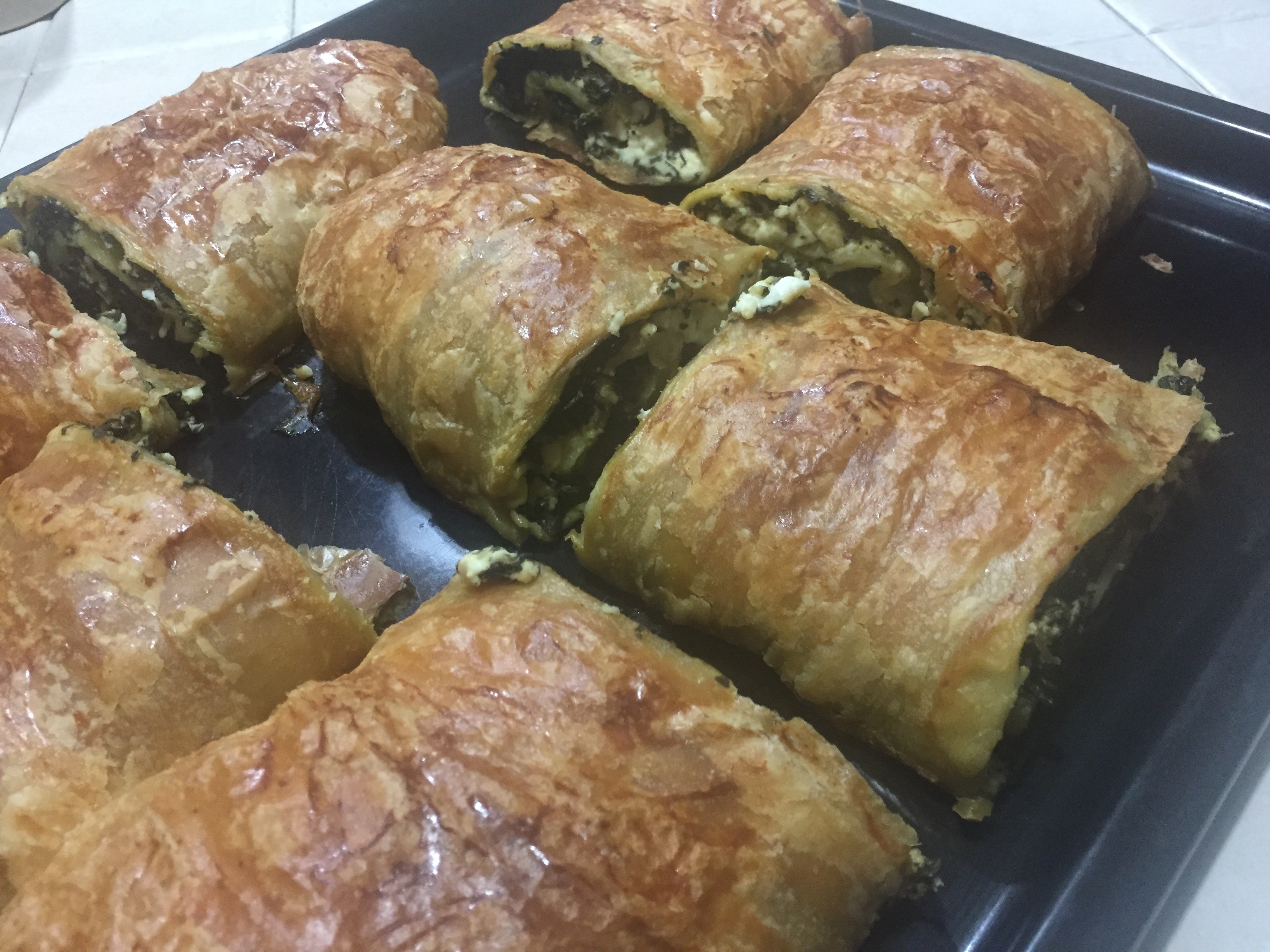