Before we continue though its important to understand what is Trahanas.

Trahanas or tarhana is a dried food ingredient, based on a fermented mixture of grain and yoghurt or fermented milk, found in the cuisines of Southeast Europe and the Middle East.

By someone in Wikipedia!

It is one of the oldest fast foods you can find in cooking history and really popular around Greece and Middle east.  Some historians believe that it evolved from the gruel that fed Greek and Roman foot soldiers as they conquered the world. On the other hand there are other sources where it mentions Arabs have been eating a similar granular wheat product called “kishk” (like the keskeki of Samos and other eastern Aegean islands) since at least the 9th century.

Either way it is an ingredient with history…

When i was young, my mother and my grandmother used to make us trahana with feta cheese as a soup. It was a nice comfort food when you are sick but also a quick way to feed young kids..

As recently though i became a father, i truly understood the importance of having something quick and easy to feed your young toddler. Trahanas with Feta is a perfect food for him after a long day in the nursery. Add though, some bacon, mushrooms and tomato … and you have something for the whole family…

Trahanas with Bacon and Mushroom 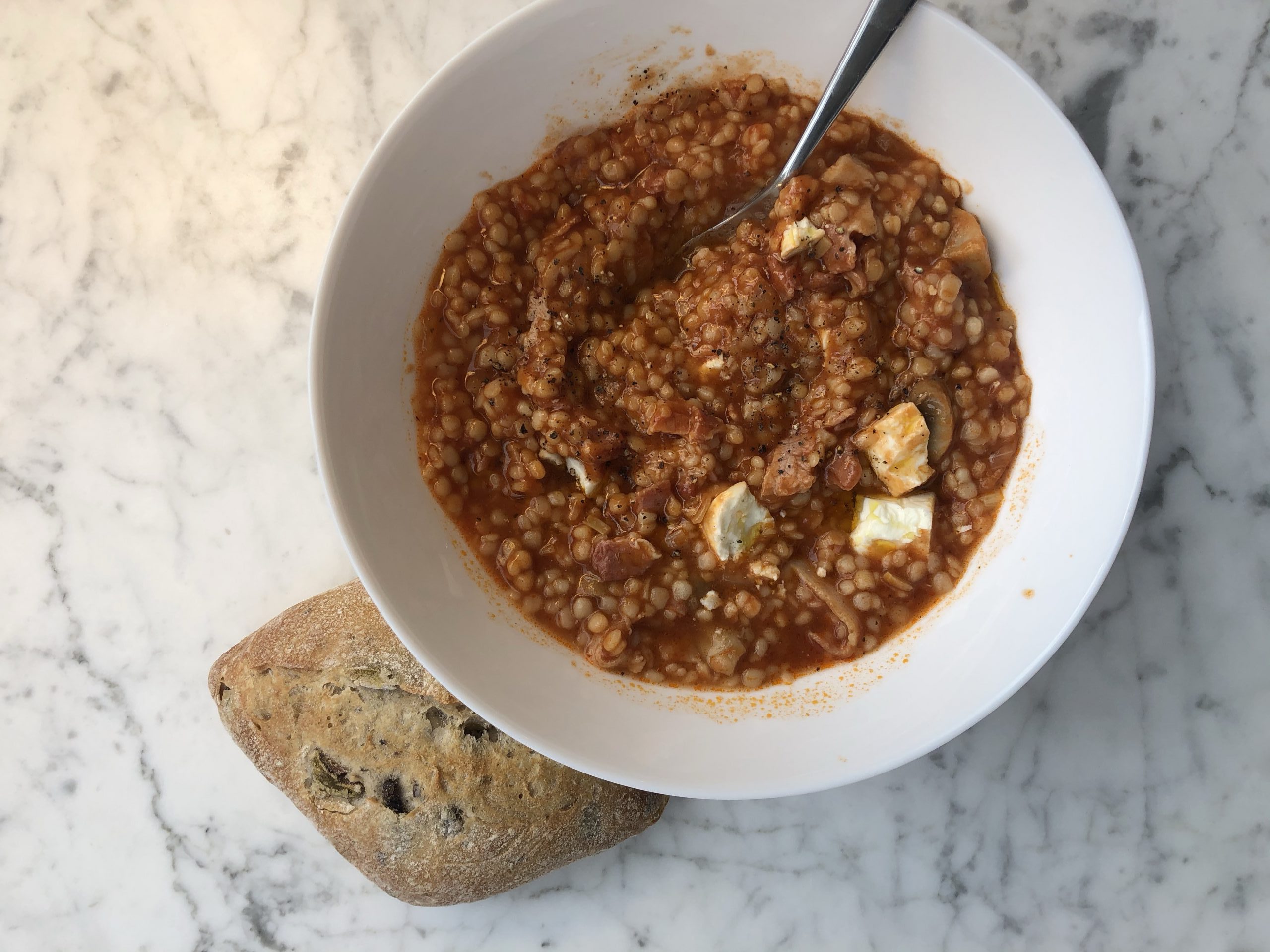