The following salad is one of those that i could never imagine that i would spend even a second cooking it when i was young. You see eating greens or horta as we call them in Greek was by far anything than enjoyable when i was a kid.

I didn’t like its taste and in general any dish that didn’t had any meat on it was something i disliked. Despite that, as i grew up i tended to re-evaluate (like most of us) what i was thinking while i was a child.  Eating greens is something we discuss a lot with my friends as a favorite dish to order in a tavern during summer time.

Combining it with fish is simply delicious. While its taste after you sprinkle it with lemon juice is unique…

Traditionally people in the country side tend to go outside in the forest and cut the greens by themselves. My grandfather used to do it and my parents also sometimes i think. Here in the UK you have to rely on the local market…:)

Well, when i saw the greens on the stands i took them and decided to try them out. After some consultation with my father…Here is what came up! Bare in mind that there are different kind of greens that you can find out there and combinations for that dish. Essentially, the sweeter they are the better it is.

For this time i found Chard that i combined with Spinach after Father’s advice. So here is how we do it.

HOW TO MAKE HORTA

Cut the greens that you have in long mixed slices and add them in a big pot full of water. Add a bit of olive oil and bit of salt and let them boil until they become really soft.

At around 1 hour mark they should be ok. Taste them in between to check. Serve them in a dish with Olive oil and a lot of lemon juice. Usually they are ideal as a salad, to accompany a fish dish. 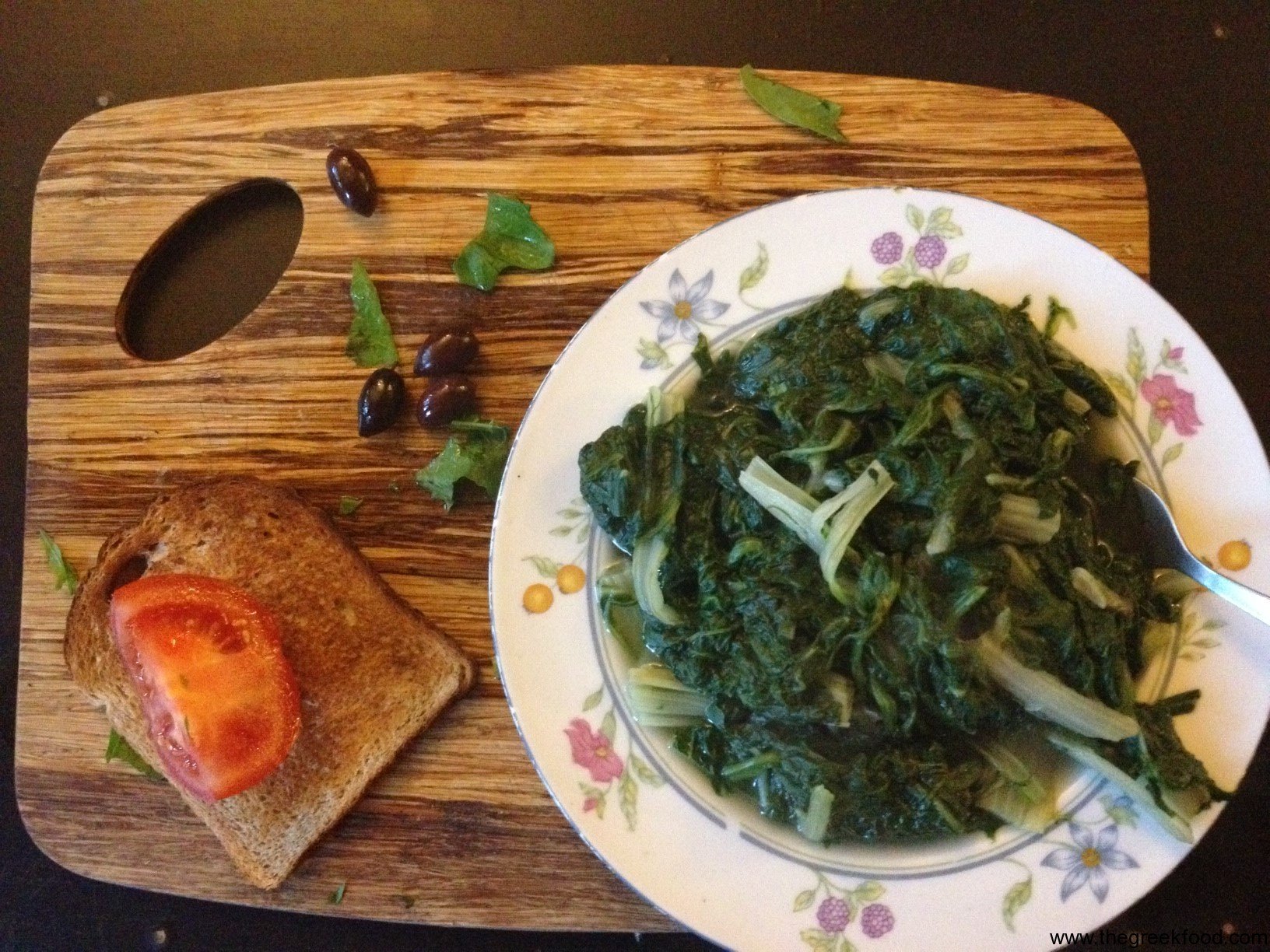