Cooking Okra was a no-no to our house in London for a couple of years as my brother was never really fond of them. Cant understand the reason to be honest but on the other hand when i was younger the only thing i could eat was stakes or souvlakia.

Okra, when you cook them fresh they usually remove a slimy liquid which was exactly what my brother didn’t like. Other rumours say that he was just bored of them as my mother was cooking them all the time during summer months. My father on the other hand really loved them as they had exactly what he liked.

A good combination of vegetables and meat with a lot of sauce so he could use his bread and mix it with the sauce.

Continuing with our recipe, at one point I managed to cook that dish as I missed it –as many other greek traditional dishes that my mother used to cook. So, even if I didn’t managed to find fresh okra around here and I got frozen ones, I think it they were really tasty.  Basically, i think it was the reason why my brother loved them again as they were not releasing the same kind of slime, as the fresh ones.

Obviously, for me, okra as with any vegetable its better to have them fresh.  Nevertheless, if you don’t then you go with the next best option. 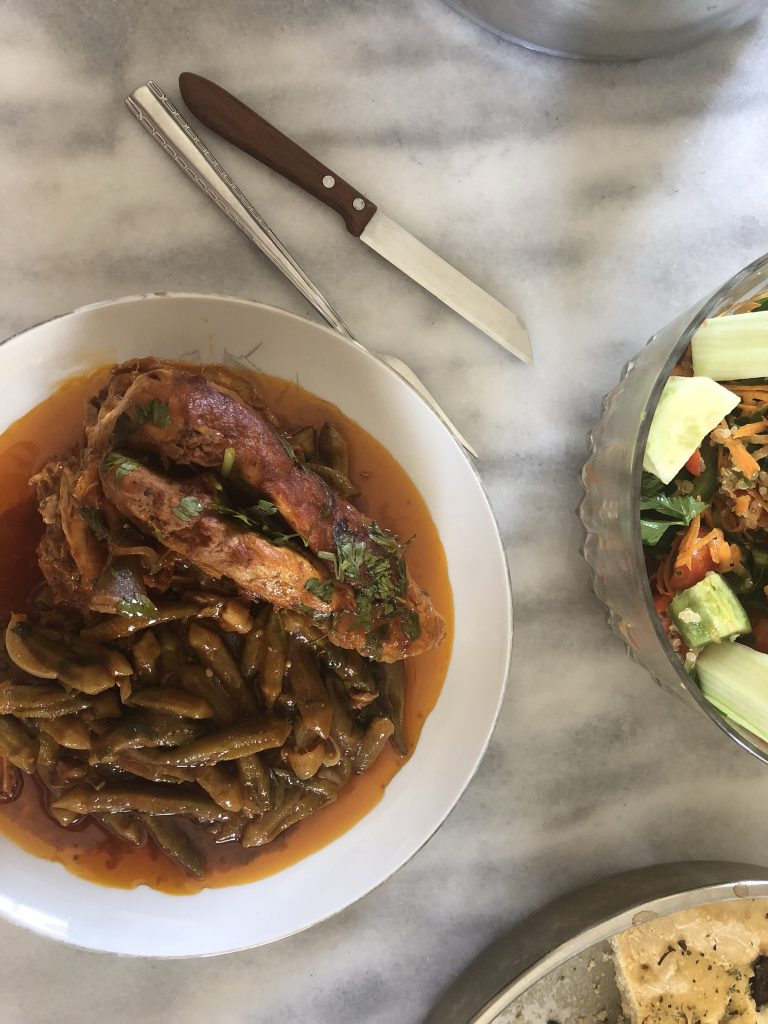 Our chicken casserole with okra in red sauce

Ideally if the okra’s are fresh, you need to cut the top hard part from the okra, but..as we said allready… we are lazy and we have bought frozen okra’s so we skipped that part. In a big bowling pot we put a bit of oil and we add the onions and garlic until they get a bit brownish.

Add the okra and fill it with water until it covers all the ingredients. Add the vegetable stock cube

Let them boil for 35-40 minutes. Always be careful that the water isn’t vaporized completely. When the okra’s are soft then remove them from the heat.

You can serve them with a bit of parsley if you want. The same dish can be done without the chicken and it can be a really tasty vegetarian food. 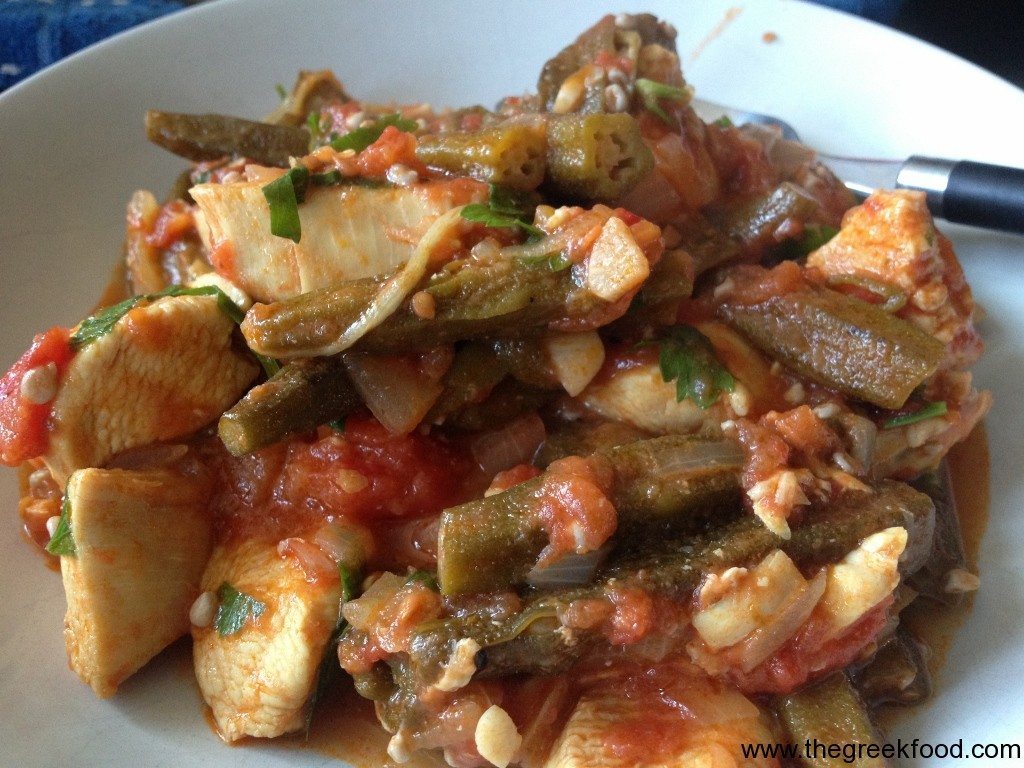